Armenia Is A Hostage OF Russia and Definitely Not An Ally

Republished From Vstrokax In English

• 1724 June 12 – K. According to the Russian-Turkish treaty signed in Constantinople, the Russians recognized Eastern Armenia and Eastern Georgia as an integral part of the Ottoman Empire. At the same time, the Armenians of Artsakh were urged to continue the fight against the Turks, promising immediate military assistance and keeping secrets with the Turks. about their agreement in Constantinople.

• March 1729 – The Armenian military, led by the centurions of Avan and Tarkhan, again send a delegation to the Russian army to receive the promised military assistance. The Russians not only did not fulfill their promise, but also forbade the well-known commanders of the Artsakh war to return to their homeland.

• 1805 ․ April – The second robbery of the cathedral by General Nesvetaev.

• 1827 ․ October – General Paskevich, who captured the fortress of Yerevan from the Persians, openly persecuted the Armenian intelligentsia, including Nerses Ashtaraketsi, who made a great contribution to the creation of Armenian squads.

• 1828-29 ․ During the Russo-Turkish War, the Russians plundered the Armenian settlements in Western Armenia.

March 11, 1836 – Regulations. By decree of Nicholas I, the rights of the Armenian Church were limited.

• 1879 In the annual report presented by the Yerevan governor to the tsarist government, it was emphasized that the majority of Armenian parochial schools were unlikely to be able to serve as disseminators of education, and “… therefore, it is hardly advisable to leave the educational work of Armenians in private hands.”

• Armenian schools were closed in 1885, 1897 and 1903. The tsarist government began to pursue a policy of open Russification.

• 1890s․ during the days of the massacre of Abdulgamid, the tsarist government openly supported the Red Sultan.

• 1896 By special order, 230 Armenian elementary schools were transferred from the jurisdiction of the Armenian Church to the Ministry of Education of Russia. In the native language, only the teaching of the Armenian language and religion was allowed, and the hours allotted for them were reduced.

June 12, 1903 – Law on the confiscation and nationalization of property belonging to the Armenian Church in the Russian Empire. Popular struggle against tsarism.

• 1905-1906. – Armenian-Tatar clashes and massacres provoked by the Russian government in the Caucasus.

• 1914-1916. – The deliberate slow advance of the Russian troops on the Caucasian front and the tactics of a sudden retreat, as a result of which the Turks managed to fully carry out the Armenian Genocide in Western Armenia.

March 3, 1918 – Treaty of Brest-Litovsk between Soviet Russia and the “four”. According to Article 4 of the Reconciliation and the additional Russian-Turkish agreement, the Russians recognized Western Armenia as the territory of the Ottoman Empire.

• 1920-1922 ․ The Kremlin maintained warm political relations with both the Kemal government and the Ittihad leaders. Talaat, Enver, Dzhemal, Khalil Pasha and others secretly met and negotiated with the Russian political elite.

May 1920 – Incitement to an anti-government uprising against the Armenian authorities. Occupation of Artsakh by Russian-Azerbaijani military formations.

• 1920․ On July 5, the Russians captured Goris. In one of the famous pogroms, Khalil Pasha, a Turkish military leader who became a friend of the Bolsheviks, declares in Goris that if the Armenians of Zangezur do not recognize the sovereignty of Azerbaijan, they will face the fate of Western Armenians.

The Russian military-political leadership was not worried about Khalil’s anti-Armenian statements, but about his safety, and measures were taken on the spot to organize the safe passage of the Turkish general to Nakhichevan.

• July-August 1920 – Occupation of Nakhichevan and Zangezur by Russian-Azerbaijani troops.

1920, August 4 – In Goris, the Bolsheviks kill the deputies of the RA Parliament Arshak Shirinyan and Vahan Khoren.

• August 24, 1920 – Russian-Turkish agreement on “cordial and sincere friendship.” Western Armenia and part of Eastern Armenia were recognized as an integral part of the Turkish homeland.

The Russians promised the allied Kemalists to continue supplying weapons and ammunition, to arm the Turkish army and to help Kemal in the fight against the Entente and its ally Armenia.

September 1-8, 1920 – At the first congress of the peoples of the East, convened in Baku at the direction of Lenin, where Enver Pasha was present as a delegate, a “holy war” was declared for the war against international imperialism and its ally, the Republic of Armenia .

September 18, 1920 – The Propaganda and Action Council, formed by the First Assembly of the Peoples of the East, adopts a resolution proposing to help the Kemalists launch a campaign against Armenia and bring the Red Army into Armenia under the pretext of preventing a “new Turkish-Armenian massacre.”

• September 23, 1920 – At the instigation of the Russians, the Turks attacked Armenia. The Armenian-Turkish war began. At the same time, forces under the leadership of Poghos Ter Davtyan and Nzhdeh fought fierce battles in Syunik against Russian-Azerbaijani military units.

November 29, 1920 – The Red Army invades Armenia from the northeast and declares Armenia a Soviet republic in the name of a non-existent worker-peasant uprising.

• December 2, 1920 – Sovietization of Armenia. Destruction of the first republic.

• February 16, 1921 – March 2, February The uprising of the Armenians against the Russian occupiers.

• According to the ill-fated Moscow Treaty of March 16, 1921 and the Kars Treaty of October 13, 1921, the regions of Kars and Surmalu were ceded to Turkey, and Sharur-Nakhichevan to Azerbaijan.

• 1921 March-July: fierce battles against the Russian-Azerbaijani military units in Syunik.

July 5, 1921 – By the decision of the CAB, the Artsakh bureau was transferred to Azerbaijan.

• 1921-1949 ․ Tens of thousands of Armenians were exiled, tortured and shot in prisons. Organized destruction of the Armenian intelligentsia.

• In July 1922, Jemal Pasha, a member of the Ittihad triumvirate, a former naval minister of the Ottoman Empire and one of the main organizers of the Armenian Genocide, arrived in Tbilisi (Georgia) to cooperate with the Bolsheviks.

On July 25, in Tbilisi (Georgia), in front of the building of the Extraordinary Commission (Cheka), Stepan Tsagikyan, together with his friends Petros Ter-Poghosyan and Artashes Gevorgyan, successfully completed the case of the destruction of Dzhemal. This was followed by arrests, torture and exile of hundreds of young Armenians.

Traces of Stepan Tsagikyan disappeared in the cells of the Extraordinary Commission. In 1937, Petros Ter-Poghosyan and Artashes Gevorgyan also became repressed.

• 1926 ․ Moscow banned the Armenian Church from holding a memorial service in memory of the victims of the Armenian Genocide.

• 1938 Catholicos of All Armenians Khoren Muradbekyan died under mysterious circumstances in Etchmiadzin in April 2006 (according to some sources).

May 30, 1953 – The government of the USSR declares that official Moscow has no land claims against Turkey.

• 1966-88. – A new wave of open persecution of dissidents. Persecution, arrest, exile, execution of members of the National United Party.

1988-1990: Deportation, looting and massacres of Armenians living in Azerbaijan. Moscow was silent.

January 1990 – Massacre of Armenians in Baku. The Soviet troops “delayed” for seven days.

• April-May 1991 – Operation “Ring”, carried out jointly by the Russian-Azerbaijani armed forces. Massacre, captivity, robbery and destruction of dozens of peaceful Armenians in Artsakh.

• 1991-2021․ Intensive arming of Azerbaijan by the Kremlin, including weapons of mass destruction.

May 1994 – Bishkek ceasefire. If not for pressure from the Russian side, the Armenian forces would have occupied a number of Azerbaijani regions in just a few days and would have entered the Kura-Araks valley.

• 2016․ – Four-day war provoked by Moscow. Russia’s position has become more pro-Turkish, pro-Azerbaijani, the Kremlin decided once again to sacrifice its ally Armenia in order to use the Turkish-Azerbaijani tandem in its plans against the West. This dishonest game of Putin’s Russia against Armenia was revealed by a number of military-political analysts.

• September-November 2020: 44-day war. It was the scenario of Moscow performed by Baku and Ankara. Territorial concessions to Baku. Ensuring the Russian presence in Artsakh and on the eastern borders of Armenia.”

The Citadel Of The BIS Begins To Crack 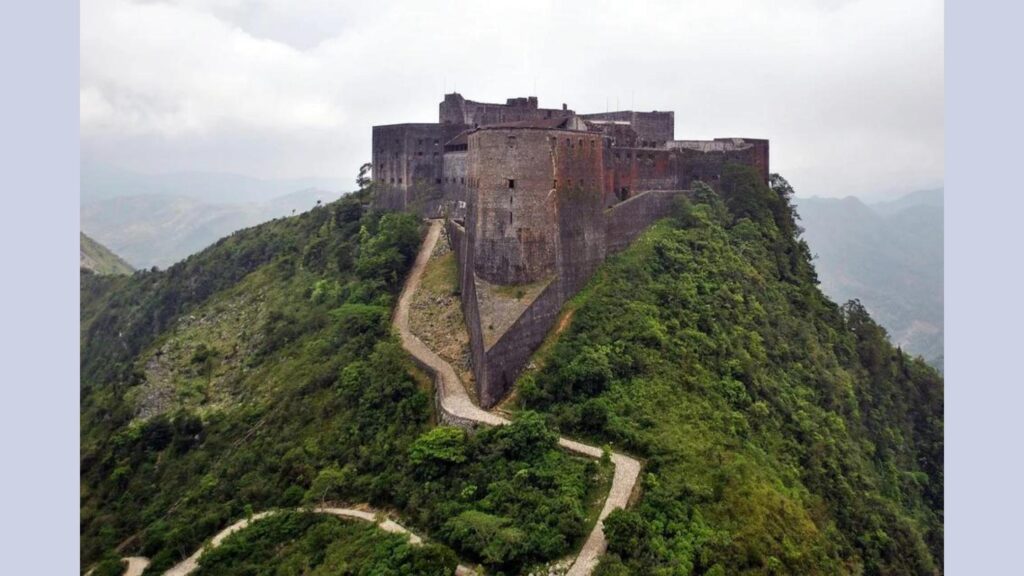 The Power Of The Eye Of Mordor Grows 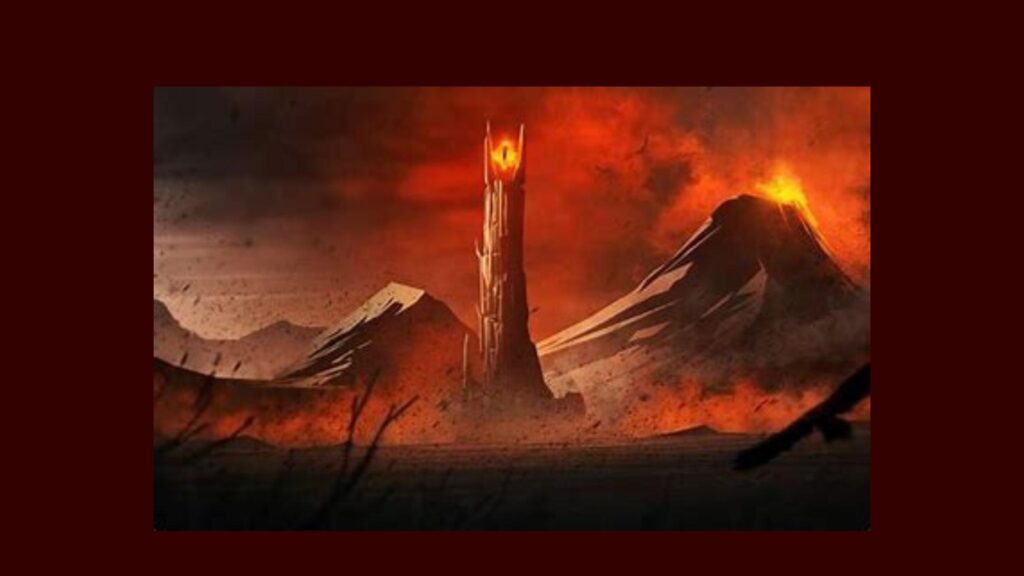